Bring it to the Table

Bring it to the Table 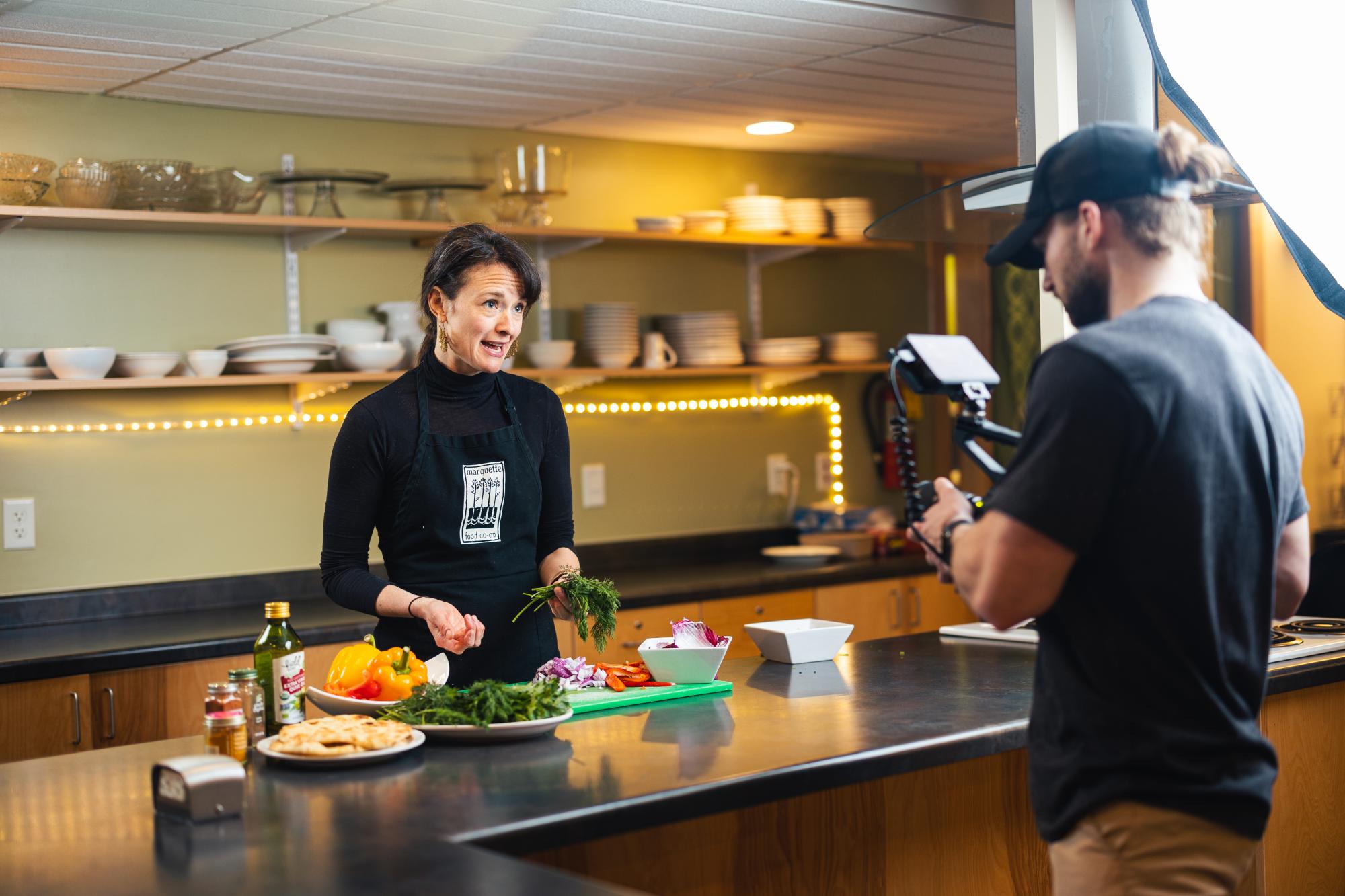 When Sarah Monte graduated from Northern Michigan University in 2008, she did so with degrees in history and political science. While she did not end up in a career as a historian or lawyer, the education she received at NMU inspired her to make a difference in her community and the world around her. Currently, Monte brings education on food, nutrition, and local agriculture to the Upper Peninsula as the outreach director of the Marquette Food Co-op.

“A lot of the subject matter I studied at NMU brought up ideas of inequity and how not everyone gets the same shake in life,” Monte said. “After I graduated, there weren’t any open jobs in my field. I saw the job at the Marquette Food Co-op to do food education. It seemed like food was a huge equity issue that was impacting many people. I was excited about the idea of trying to help others with that.”

The Marquette Food Co-op is a full-service natural and organic community-owned grocery store, which also offers a variety of educational services like farm tours, cooking classes and workshops, with the main goal of educating the public about food and environmental issues.

This year, Monte is collaborating with Elise Bur, director of the NMU Center for Rural Health, and Joseph Jones, director of strategic initiatives and partnerships for Feeding America West Michigan, to create a collection of nutritious recipes using common food items provided by Feeding America’s mobile pantries. The recipe cards will include a QR code that leads to a cooking demonstration video for that recipe. The video collection, available this summer, will be housed on the NMU Center for Rural Health website, which also provides helpful information on accessing health services. In-person demonstrations will be held at mobile food distribution sites across the region, where people will be able to sample the recipes and engage with the cook.

We want to make sure everyone has access to food education no matter where they are getting their food,” Monte said. “At these demonstrations, we are hoping people will engage and ask questions while learning how to cook food with us.”

When it came to collaborating on this project, Monte took on the educational aspect of creating recipes, coordinating the cooking demonstrations and printing the recipe cards. Bur coordinated the cooking videos, which were filmed by NMU Audio Visual Services.

“The more you know what to do with food the better,” Monte said. “It’s interesting, so many of the foods we consider fine cuisine were actually born of necessity, as people were trying to figure out how to use whatever was available to them. As we become more used to processed foods being what’s readily available and affordable, we’ve lost that skill set. It doesn’t matter where you’re coming from, there is always room to learn and enjoy food.”

In addition to the Feeding America West Michigan project, Monte is working on a variety of other initiatives to help erase food insecurity in our region. The Prescription for Health program is designed for low-income residents who have or are at risk of developing a chronic health condition. The program is run by the Upper Peninsula Food as Medicine Team and the Upper Peninsula Commission for Area Progress and is funded by the Superior Health Foundation (as is the recipe/cooking demonstrations project). Participants age 18 and older are referred by participating health care practitioners and receive weekly vouchers to use to purchase produce at 10 farmers markets across the Upper Peninsula.

This project includes a mini grant opportunity for U.P. produce farmers to build cold storage facilities on their farms, which will enable more produce to be available year-round.

"The more we can provide people with the skills to grow their own food, the better."

Monte is also working with the NMU Center for Rural Health with a grant-funded feasibility study, business plan and capital campaign plan that would support the development of a shared-use aggregation, distribution and light produce food processing facility, or “food hub,” located in Marquette or Alger County. In addition to the Marquette Food Co-op, grant partners  are Feeding America West Michigan, Michigan State University’s Upper Peninsula Research and Extension Center and the Central Upper Peninsula Planning and Development Regional Commission.

Monte and her team of five manage the U.P. Food Exchange (UPFE) Online Marketplace, where institutions and retailers can purchase from multiple small farms and have their order aggregated at the Co-op. They also provide administrative services to the UPFE Collaborative team, a network of individuals working to grow the local food system across the region.

To introduce the younger population to the importance of locally sourcing food, UPFE supports the Farm to School Fundraising program. With this program, schools and youth organizations raise money by selling locally grown, raised or produced items, instead of generic gift wrap or other traditional fundraising offerings.

Monte said her efforts in the community are to support food education as a “two-prong effort:” People need to know how to make food with what’s available and also be educated on farming and agriculture.

“The more we can tie in the whole local system that produces our food, and the more we can provide people with the skills to grow their own food, the better.” 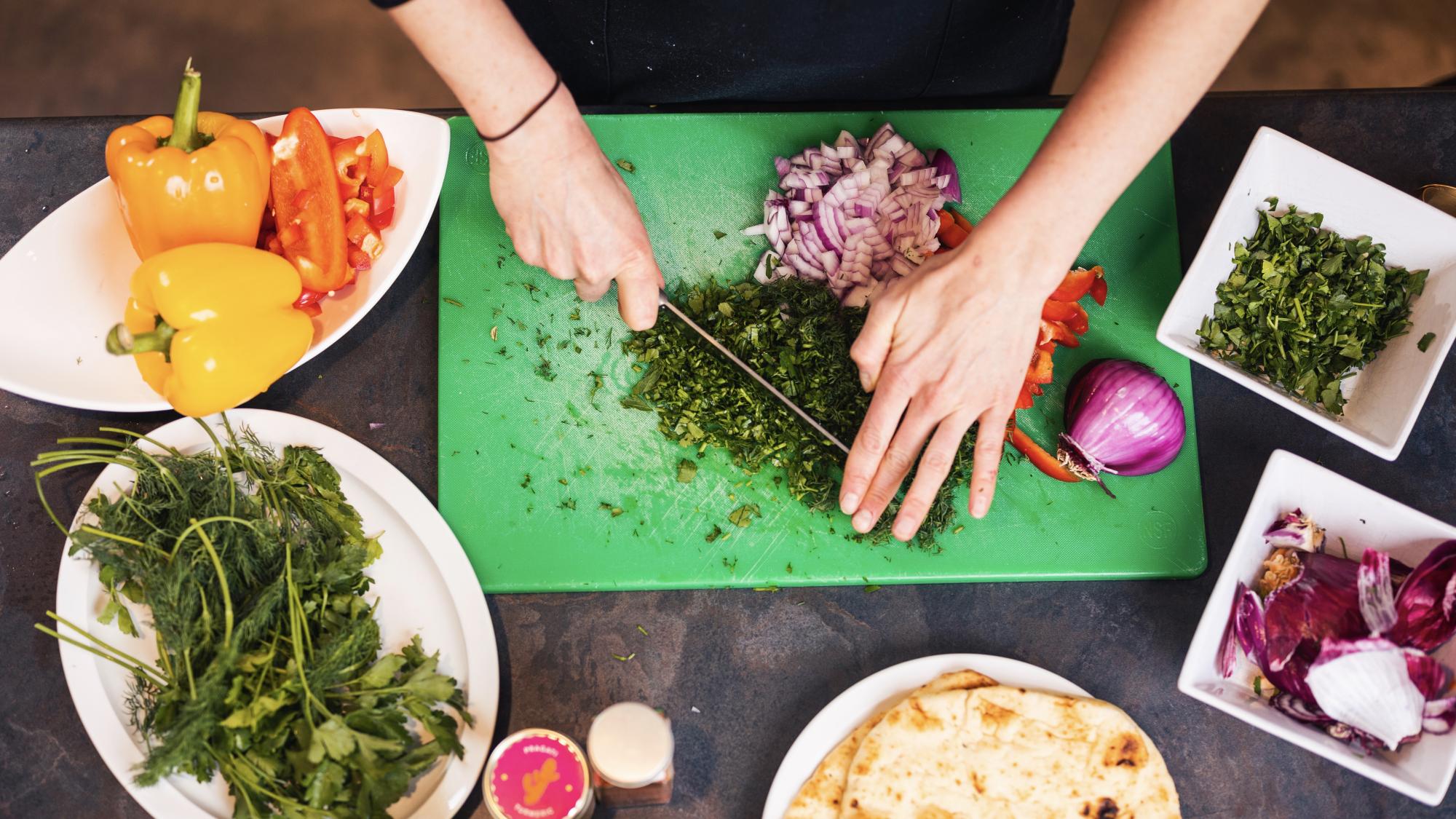