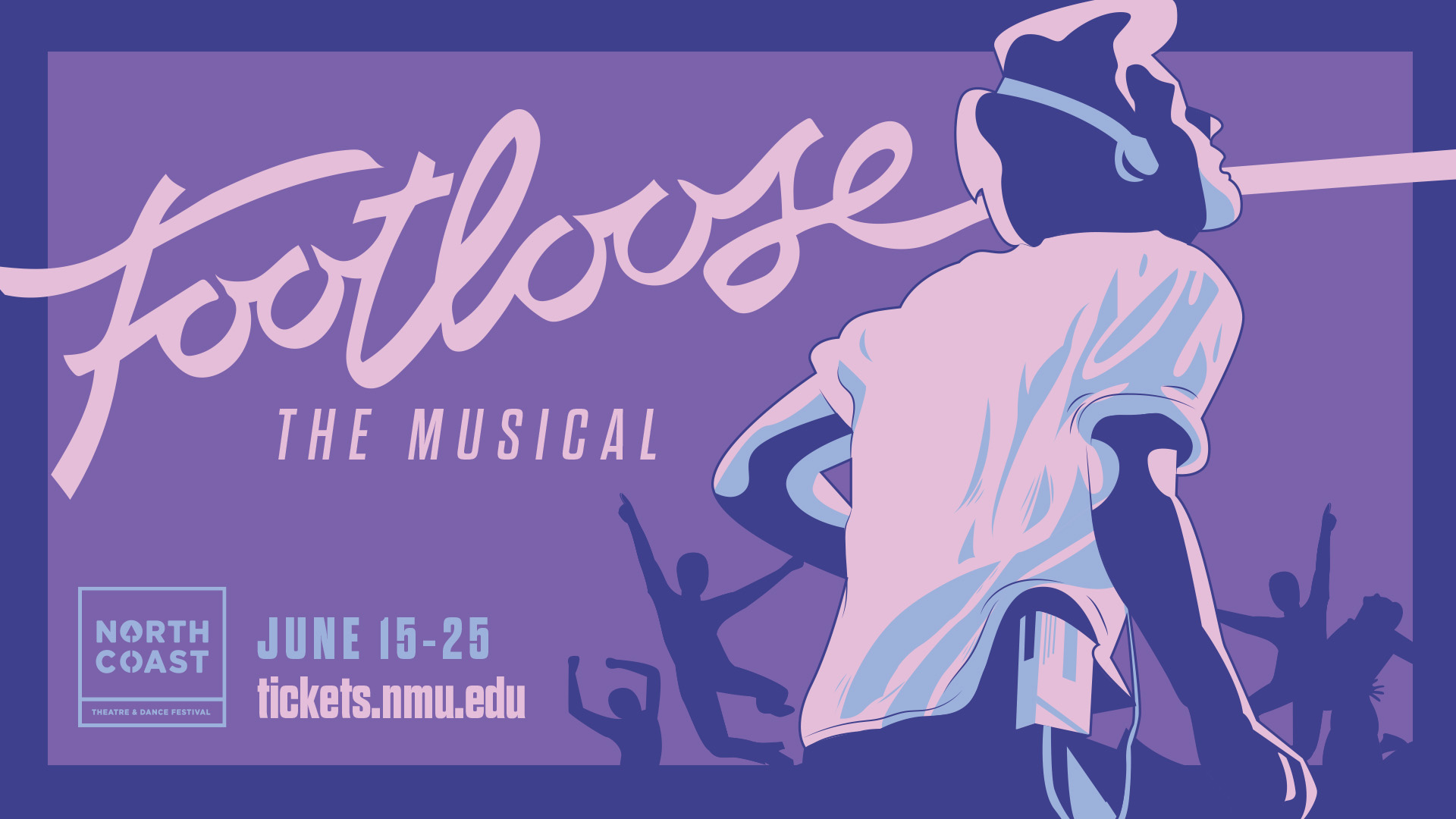 An Electrifying Dance Musical
Book by Dean Pritchford and Walter Bobbie, Music by Tom Snow, Lyrics by Dean Pritchford
Based on the Original Screenplay by Dean Pritchford
Additional Music by Eric Carmen, Sammy Hagar, Kenny Loggins, and Jim Steinman
I can’t stand still! Based on the film of the same name, this toe-tapping musical is set in the little southern town of Bomont, where dancing has been outlawed by the Reverend Shaw Moore after a terrible accident. New arrival Ren McCormack is quick to stir up trouble when he catches the eye of Moore’s rebellious daughter, Ariel, and comes up with the idea to throw a dance for the town. With an Oscar-nominated score and dynamic new songs, this show will make you want to cut loose!

FOOTLOOSE is presented by arrangement with Concord Theatricals. www.concordtheatricals.com

Nick Petrelli (Lyle/Ensemble) is thrilled to be back on stage after a long hiatus due to the pandemic! He is originally from Elgin, Illinois, studied musical theatre at Western Michigan University, and is now based in NYC. Some of his favorite previous performance opportunities include singing aboard the Aida Stella (Aida Cruises), touring with PJ Masks, Live! (Round Room), and playing Dickon in The Secret Garden (Theatre Raleigh). Nick is extremely grateful to have the support of his family, friends, and boyfriend, Alex. nickpetrelli.com