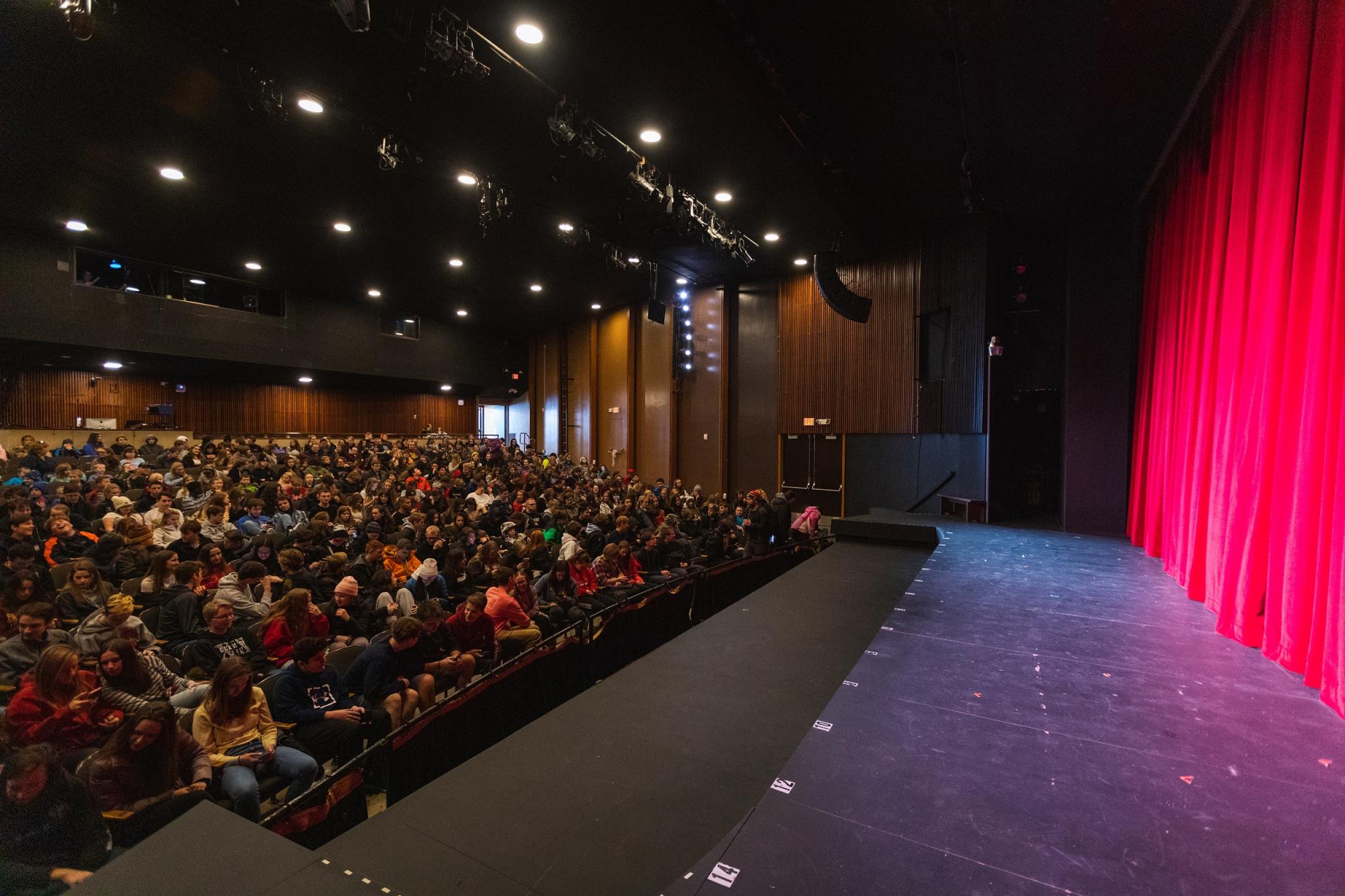 The Forest Roberts Theatre is NMU's mainstage theater and the first of two playing spaces located on our campus! It seats about 515 people and is typically where musicals and larger plays are performed. In the past few years, productions such as Mamma Mia!, Sweeney Todd, Noises Off, The Addams Family, Chicago, Little Shop of Horrors, and Les Miserables have been performed in this space. The lower part that you can see at the front of the stage is a pit space that can be covered or uncovered depending on the needs of a specific show. The FRT is a fairly versatile space and has many capabilities; during Les Miserables, for example, the entire barricade was lifted up from the green room directly underneath the stage! The FRT also gets rented out for several events throughout the year, including Superior Arts Youth Theatre productions and NMU Music Department concerts and film showings. 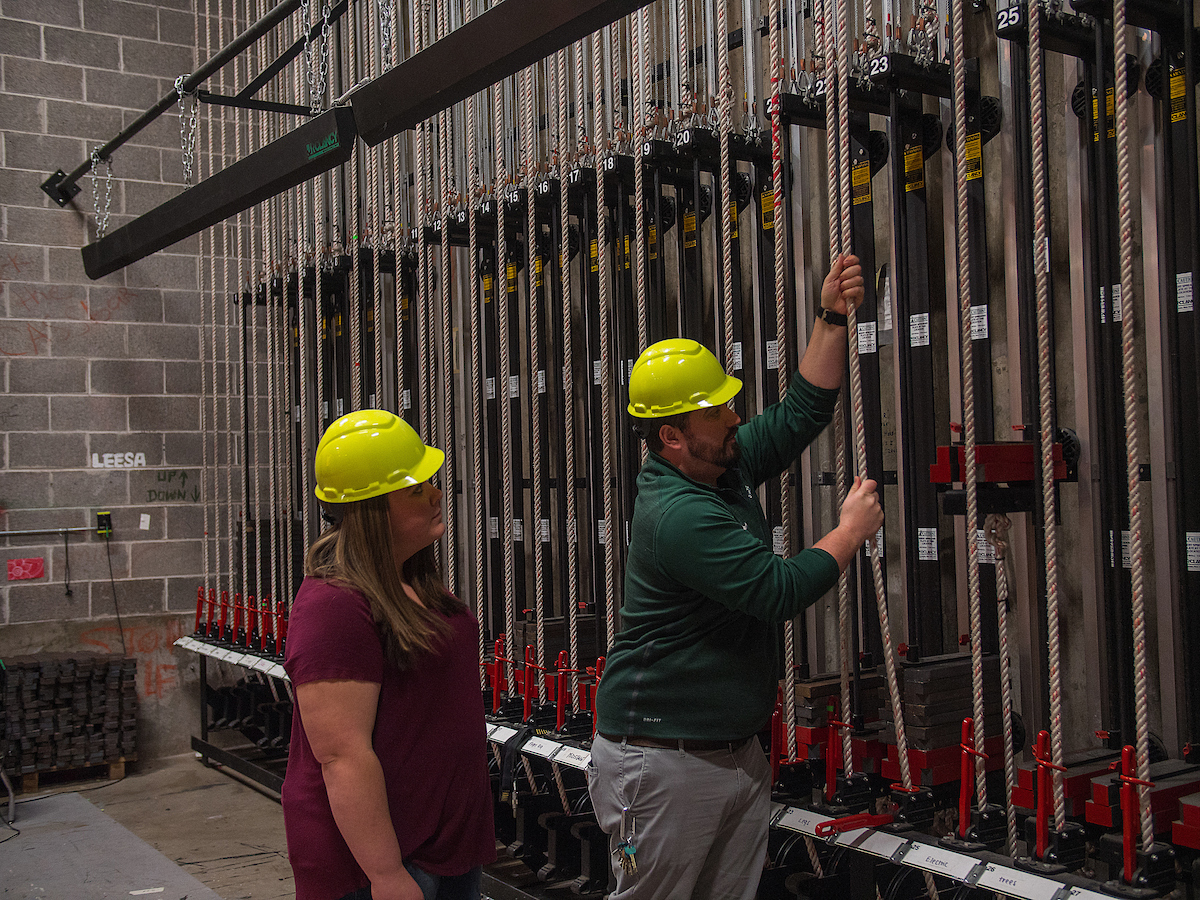 Our flight and rigging system is located stage right and is used to fly performers and set pieces onto the stage. We've flown performers in several recent productions, including Superior Arts Youth Theatre's Peter Pan (which had five people flying at once!) and in the FRT's productions of Tarzan and Beauty and the Beast. Above the rigging system are our furniture decks, where all of our show furniture is stored when not in use. 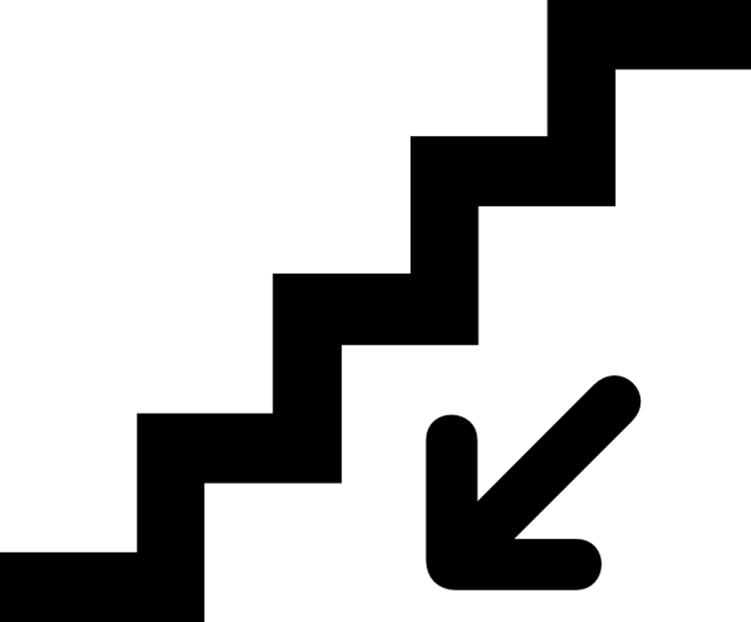 Click on the stairs to go down to the dressing rooms!