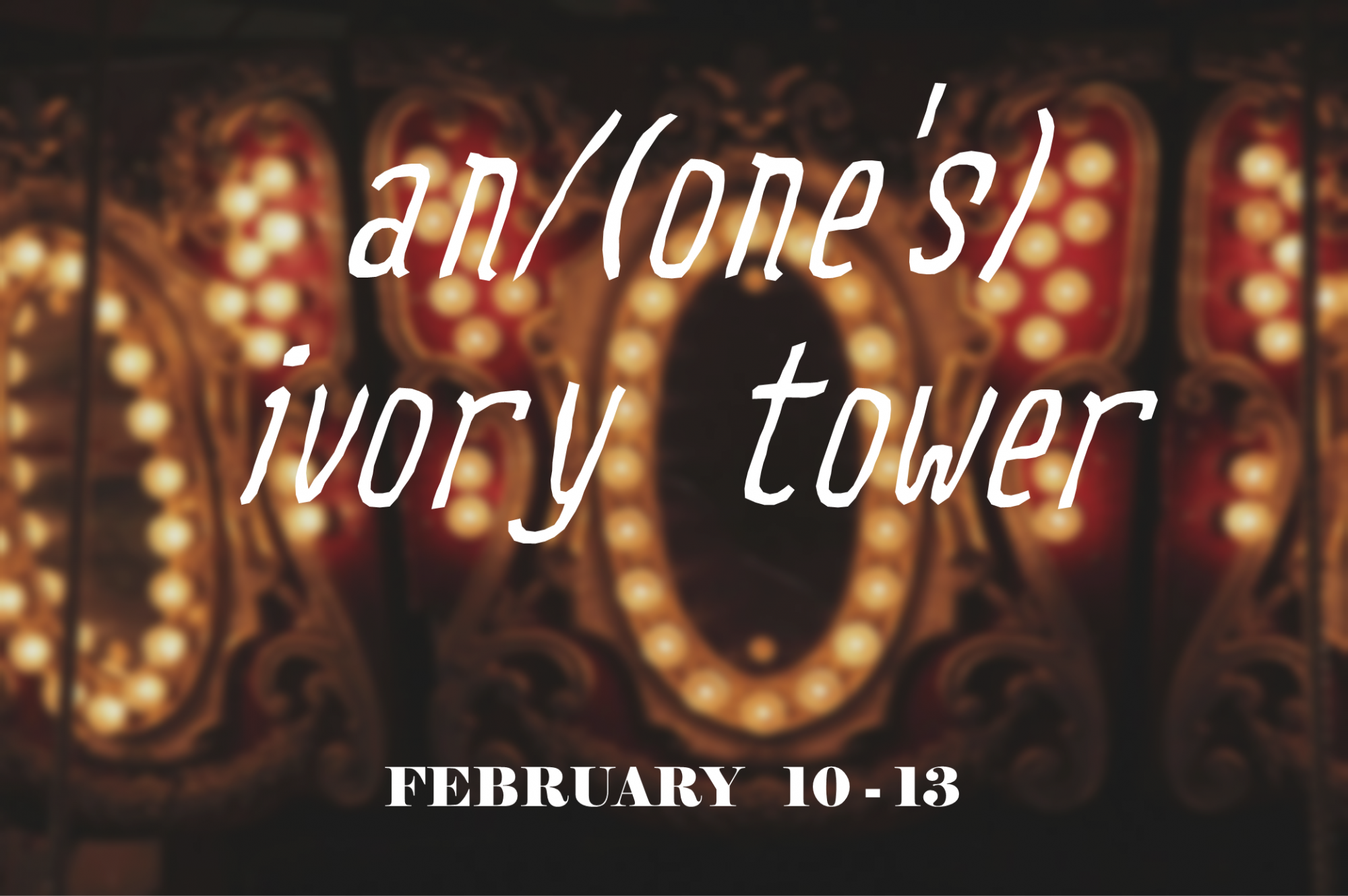 A Devised Work Written, Directed, and Performed by NMU Students
In place of our Panowski Playwriting Award this year, our students have created a brand new piece of theatre around a theme through creative collaboration. an/(one's) ivory tower is the story of a circus caught between two worlds. Jumping back and forth from the past to present, three friends discover the heart wrenching past of a long-forgotten circus troupe, and how they were forced to finally confront their mistreatment of animals after a tragedy strikes.

A link to the live virtual performance will be emailed to ticket holders before their chosen date.

Click here for instructions on how to set up your Zoom for an optimal viewing experience!

Jacob Laitinen (Bimbo the Clown) is a native of Marquette, MI and is a theatre major with a minor in music at NMU. Jacob started back at school in 2017 after a 7 year hiatus, and is ecstatic to be in his final year at Northern. His previous roles at NMU include Beadle Bamford in Sweeney Todd, Edgar/Sante in Nightfall with Edgar Allan Poe, Professor Porter in Tarzan, Creon in Antigone, Thenardier in Les Miserables, and The Snail with the Mail in A Year with Frog and Toad. Jacob also has experience acting professionally, playing Sikes in Tecumseh Outdoor Drama, Rowdy in Beacon on the Rock, and chorus roles in several operas at the Pine Mountain Music Festival. He has played Oberon in A Midsummer Night’s Dream, The Beast in Beauty and the Beast, Herr Shultz in Cabaret, Sebastian in The Little Mermaid, Riff Raff in Rocky Horror, and Ali Hakim in Oklahoma. Jacob wants to thank everyone for watching the show, and he hopes you enjoy this wonderful production.

Erin Culp (Char/Assistant Director) is graduating this May with Bachelor of Science degrees in theatre and psychology. This will be her last production at NMU, and she will remember it as the production she is most proud of for having endured and overcome numerous challenges. She would like to thank everyone involved in this project for their effort and dedication to bring it to life.

Zoe Zimmer (Kitty) is a third year student who has previously been in NMU’s productions of Fringe Fest (Valiant Woman), Beauty and the Beast (Milkmaid, Knife), Scrooge! (Ghost of Christmas Future), The Full Monty (Joanie), Cats (Rumpleteazer), War of the Worlds (Camille), and What If (Cece). She is very excited to be a part of an/(one's) ivory tower because it gives her a chance to do theatre in a new and unconventional way.

Dawson Del Preto (Sir James McCarthy) is finishing his third year at NMU. He is majoring in music with a focus in piano performance, and he is minoring in theatre. While he wishes he could be with more people during this time, he always finds time to socialize through Discord with his many supportive cousins.

Grace Goodyear (Blake) is a third year gender studies major at Willamette University, studying theatre as a minor. A recent graduate of the National Theater Institute’s 2020 Theatermakers Intensive, she is passionate about intimacy coordination and performance. Grace is currently based out of Oregon, but has worked with many theatre companies in Alaska, including TBA Theatre, Cyrano's Theatre, and Anchorage Community Theatre. Recent acting credits include productions of Revolt. She Said. Revolt Again., Dead City, Shakespeare in Hollywood, and the first development of Flat Earther.

Samantha Wardisiani (Mary-Anne) is so excited to be a part of her second production at NMU. She is a freshman from Midlothian, IL. She would like to thank you for seeing our show and thank the cast for the hard work they've all put in. She would also like to thank her family for supporting.

David Lenahan (Quinn) is excited to be working with NMU again having previously appeared in What a Glorious Feeling (Forest Roberts Theatre). David is an actor, singer, and dancer currently based in Cleveland who has recently taken up guitar and cross-stitch. NYC: SONGBOOK: Songs of Braver and Dean (Lincoln Center), The Flying Dutchman... Ferry (The Player's Theatre), For Hylas (New School for Drama), The Polar Express (Rail Events Productions). Regional: Boy (none too fragile), In the Closet (Convergence-Continuum), Much Ado About Nothing (Shakespeare at the Castle), The Little Mermaid (Mercury Theatre Company). Many thanks to Sophie and NMU for having me!

Sophie Sam (Director, She/Her/Hers) is a junior theatre student at Northern Michigan University. An alumna of the National Theater Institute, she was a part of their Theatermakers Summer Intensive cohort in 2020. She recently directed a virtual staging of Crystal Skillman’s OPEN with Party Claw Productions, which was touted by Time Out New York as one of the best pieces of live theatre to see that week. In the Upper Peninsula, she has also directed at the Vista Theater (Anatomy of a Murder) and with Dickinson County Community Theater (Annie, Rent). www.sophie-sam.com

Sylvia Bednarczyk (Properties Design) is a sophomore pursuing a BFA in theatre technology and design with concentrations in stage management and scenic design. This is her fifth NMU production, having previously worked on The Full Monty (Deck Captain), A Christmas Story (Assistant Stage Manager), Significant Other (Carpenter/Painter) and North x North Coast (Production Manager). Sylvia is thrilled to have the opportunity to work on this show in a new position, and can’t wait to see what the future holds!

Toni Danz (Production Stage Manager) has worked as an ASM on many other shows at Northern, but this is her first time as a PSM. She is a junior at NMU and is getting her bachelor's degree in theatre technology. Working on a devised piece was such an eye-opening experience and presented lots of interesting ideas. Getting the opportunity to do shows over Zoom is something Toni is really grateful for, but she can't wait for theatre on stage again!