In order to insure that all apartment tenants have the opportunity to enjoy apartment living to the greatest extent possible and to provide all tenants with a comfortable atmosphere that complements and enhances their academic endeavors, a number of policies and procedures that influence certain aspects of university living have been developed.

These descriptions are not intended to be detailed, all-inclusive explanations, but rather brief overviews of the policies and procedures that you will come in contact with during your stay with us.

For more information or details contact your community adviser or the coordinator of apartment services. For information on apartment rates, refer to this page.

The use of air conditioners in on-campus housing facilities creates the potential for a number of issues to occur including damage to windows and window frames. Additionally, air conditioners use a disproportional amount of electricity in order to operate efficiently.

If a tenant chooses to use a portable room air conditioner, the following conditions must be met and followed:

Use this form (PDF) to register the air conditioner that will be used in your apartment.  Print the form, fill out the required information, and return the form to the Housing and Residence Life Office (3502 Hedgcock).

The possession and consumption of alcohol is permitted in University apartments for those students and their guests who are 21 years of age or older in accordance with applicable University policies. The University expects responsible behavior from all members of the on-campus apartment community and their guests.

Eligible single students, students with families, and faculty and staff members can apply for on-campus apartment housing at any time.  Assignments are made on an on-going basis as apartments become available.  Assignment priorities are based on: the move-in date indicated on the application (earlier move-in dates will be assigned first), and the date the application is received in the Housing and Residence Life Office (first-come, first-served).  An applicant’s position on the pre-assignment list may change as assignments are made, applications are received, and applicants remove themselves from the list.

Apartment occupancy is permitted by the assigned tenant, his or her spouse, and their dependents provided they are included on the lease.  Requests for exceptions to this requirement should be made in writing to the director of Housing and Residence Life.

Use of the apartment is as a residence only and must not involve any business or other activity conducted for profit. Non-commercial babysitting is permitted.

Current apartment tenants are permitted to transfer from one apartment or apartment unit to another so long as the transfer request is received in the Housing and Residence Life Office in a timely manner.

To request a transfer, download, fill out, and return the Apartment Transfer Request Form (get form here) to the Housing and Residence Life Office (3502 Hedgcock).

Housing and Residence Life staff begins moving bike racks at Thanksgiving Break to prepare for the arrival of snow. In order for our staff to be able to move the racks, all bicycles must be removed. Bicycles left on the moveable racks at Thanksgiving Break will be removed by Housing and Residence Life staff and handled according to University abandoned property procedures; abandoned property will be held for 30 days prior to disposal.

Students who wish to obtain their bicycle after it has been removed from a bicycle rack by University staff will be charged a $25 retrieval fee and can get their bike from the Spooner desk during the Resident Director of Spooner’s office hours.

Bicycles properly attached to the fixed, covered racks near The Woods, Spalding, Magers, Van Antwerp and Hunt Halls can be left in place. In addition, the bike rack under the awning of Spooner’s lobby entrance will be left in place. Those bicycles will not be removed by University staff. However, the portable racks located near the covered racks will be moved and the bicycles attached to them must be removed.

Students living in a residence hall or University apartment will have the option of storing their bicycle in Spooner Hall through the winter months (until around the first week of April). Students who store their bicycles will receive an email reminder prior to the pick-up dates.

Because of the danger of fire, candles incense are prohibited in residence hall rooms and the university apartments. Also prohibited are items that melt or heat wax or oil. If you're looking for an air freshener, please use one where the oil is completely contained and cannot be spilled.

As you begin the move-out process, it's important that you work cooperatively with your Community Adviser to make sure you avoid unnecessary charges or delays. The first step you need to follow is to make an appointment with your CA for an exit orientation. During this meeting, your CA will provide you with helpful hints and suggestions concerning the condition of your apartment. Refer to this page for additional apartment check out information.

The Woodland Park multipurpose room may be reserved by one or more student organizations for specific activities.  To request permission to do so, a representative from the organization(s) must complete a Common Area Use Application and turn it in to the Woodland Park desk at least 14 days before the date of the activity.

Every enrolled student automatically receives a university computer account which provides access to instructional files and software, e-mail, free dial-in access from off campus and other resources. Students are required to maintain this account which will be used by NMU to send time-critical information to students. The university will use a student’s NMU e-mail account as its primary means of communicating official university business, including legally required information.

As a condition of enrollment, all students are required to report at the beginning of each semester the local address at which they will be living. Changes of address between residence hall rooms may be arranged at the reception desk in the hall where the student has been living. Other changes of address must be filed within five class days of the change.

Failure to comply with this policy may result in summary termination of enrollment by the dean of students. 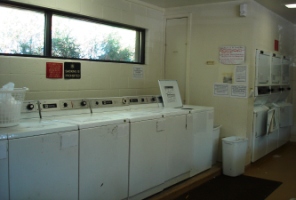 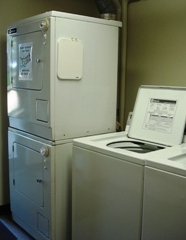 The Norwood and Center Street apartments have laundry facilities in each building.

NMU apartment residents are able to purchase a parking permit from the NMU Parking Services department. Students are permitted to bring a car to campus, and there are parking lots adjacent to each apartment facility.

For safety reasons, storage of trash, clothing, bicycles or toys, no matter how temporary, is not permitted in the corridors or common areas of the building.  Personal property kept outdoors must be kept in an orderly fashion and not be scattered about on the lawn or parking lot.  Items left in these areas will be confiscated and considered abandoned property.

Neither tenants nor their guests may have in their possession or control any pet, other than fish in a 10 gallon tank, for any length of time in any University apartment or public area. If it is verified that there has been a violation of this condition of the contract, the tenant will be assessed a $250.00 fee and given 48 hours to permanently remove the pet from the apartment. Additional to the $250.00 fee, the tenant will be financially responsible for any damages or cleaning required as a result of the pet being housed in the apartment (i.e. replacement furniture or carpet). A Housing and Residence Life facilities staff member will enter the apartment to assess any damages and determine if any cleaning is necessary.  If the pet is not removed within 48 hours or if a second violation occurs, the tenant will be served an eviction notice for violating the terms of the contract. If a tenant is evicted due to a pet violation, the tenant will still be financially responsible for the original length of the contract, though they will no longer be permitted to reside in the apartment. No refund will be given. Tenants evicted for violating the pet policy will no longer be considered eligible for on-campus housing and future requests will be denied. (For additional information and regulations regarding animals on campus see the University's Student Code and/or Ordinances.)

Northern Michigan University is a tobacco-free campus.  The use of any tobacco product including but not limited to cigarettes, cigars, pipes, chewing tobacco, and e-cigarettes is prohibited in or on any property owned by NMU (with the exception of the NMU golf course and personal vehicles with the windows closed).

It is a violation of Northern Michigan University ordinance to bring any lethal or dangerous weapon on the NMU campus.

These include (but are not limited to) rifles, shotguns, handguns and explosive devices that are capable of casting a projectile by explosion, air, gas, chemical or mechanical means.

Students living on campus who own guns for hunting and other purposes must register and store them at NMU Police Department.

You are not allowed to use, carry, transport, store or possess lethal or dangerous weapons or explosives anywhere on the NMU campus. The only exception is that public officials licensed by their profession to carry guns can do so as required by their professional duties.

Additionally, NMU is considered a wildlife, fish and bird sanctuary. As such, shooting, maiming or capturing of wildlife is prohibited.